A Grand Observation Car You Can Ride, I Did


The Rio Grande Scenic Railroad of Alamosa, CO has a wonderful observation-lounge car from the Illinois Central Railroad.  The diamond drumhead on the rear reads City of New Orleans, the streamliner immortalized in the Steve Goodman folk song.  The train was inaugurated by the Illinois Central (IC) on April 27, 1947 as a day train running each way between Chicago and New Orleans with the Panama Limited running on an overnight schedule.  Amtrak now runs the City of New Orleans as an overnight train.

The car is the Mardi Gras.  Lets walk through her from the blunt end to the round end via the next three pictures. 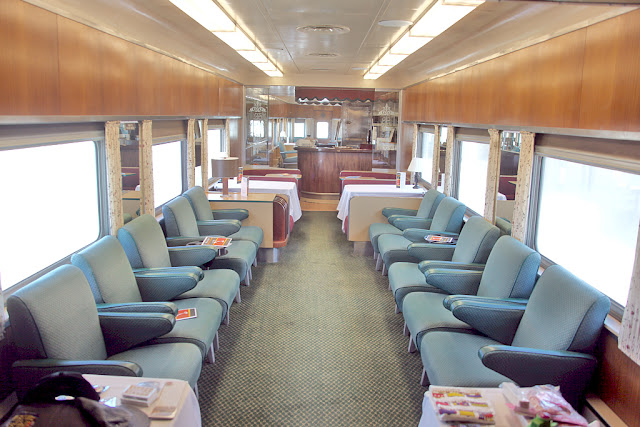 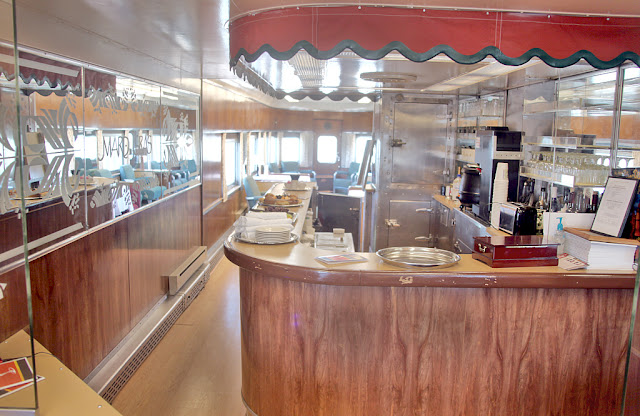 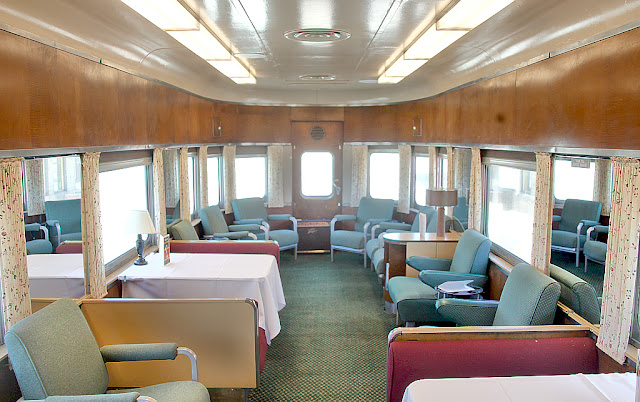 Mardi Gras is one of two observation lounge cars rebuilt by the IC from older coaches in 1947 for use on their new City of New Orleans. The cars ran on the City until late 1968, before being retired and sold.  It passed through many hands, all of them caring, before arriving at her current home.

I rode in her round trip on May 27, 2012 from Alamosa in the San Luis Valley to the village of La Veta in the Sangre de Cristo Mountains -- a wonderful day trip.

Across from her bar/cafe mid-car is this stinning etched glass mirror. 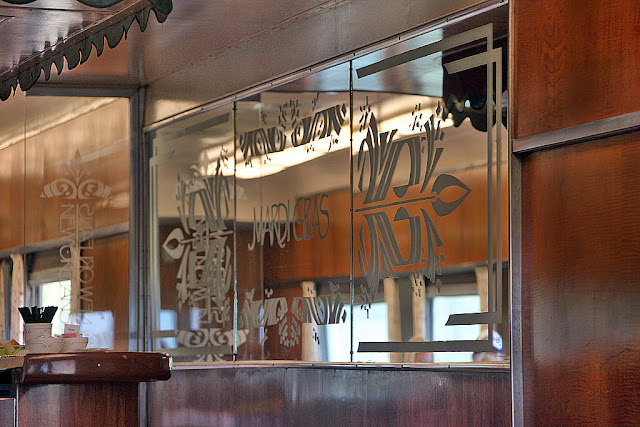 And she still contains her built-ins. 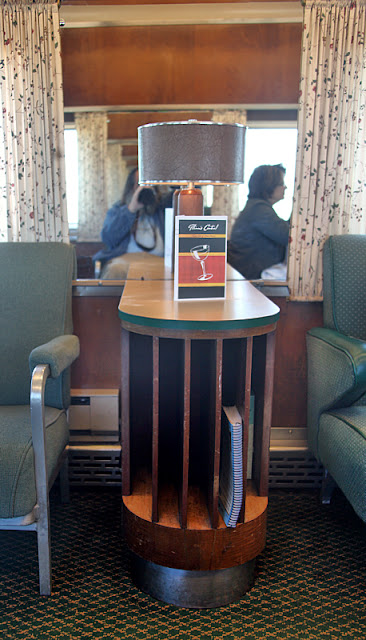 As a Chicago boy I really appreciated this poster. 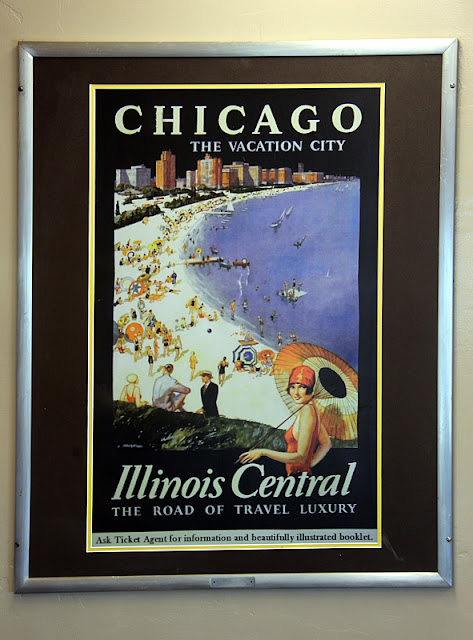 Some shots out her back windows. 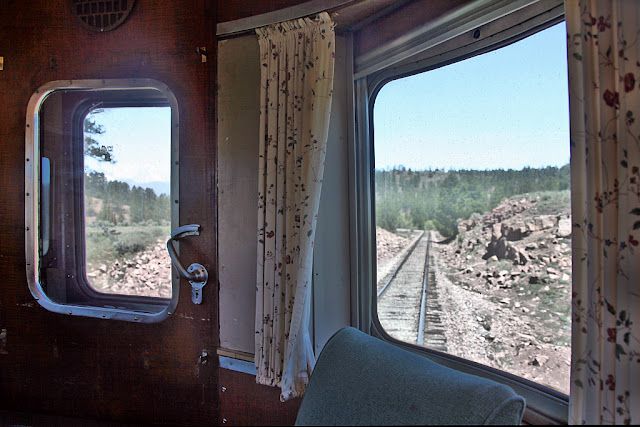 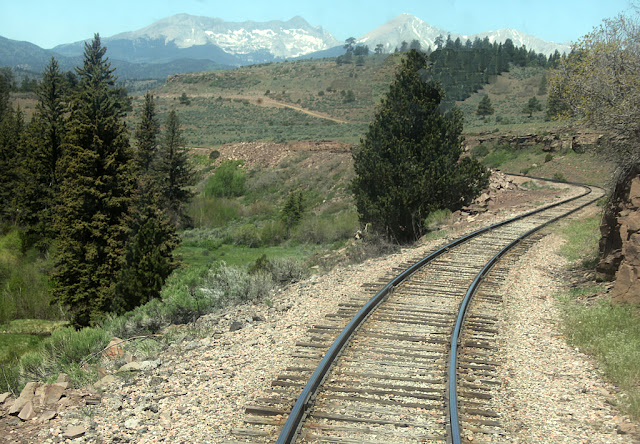 And, as promised, a sing-along on the return trip.  When I rode I didn't know who the guy to the right in the light blue shirt leading the sing along was.  He's Ed Ellis and I was sitting in one of his many passenger cars on one of many of his railroads.  Ellis is the CEO of Iowa Pacific Holdings -- a modern-day railroad magnate of the good sorts. 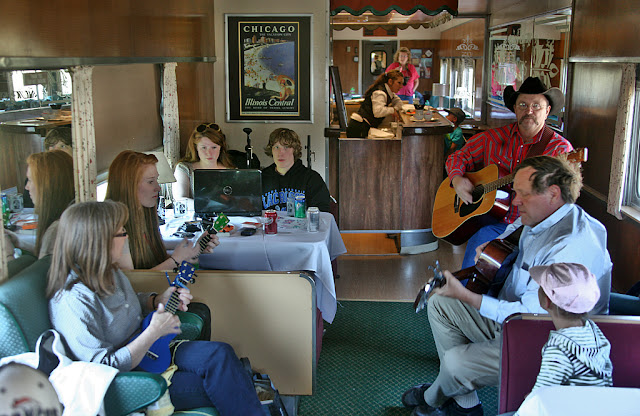 And to top that, the train was pulled by a steam engine seen here turning around at La Veta. 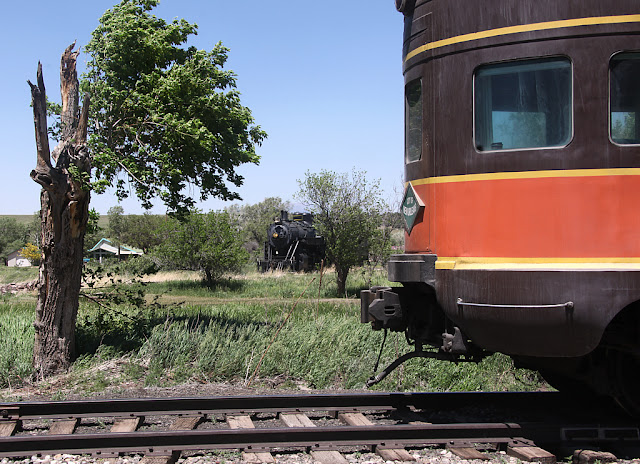 A most pleasant day, lunch included. 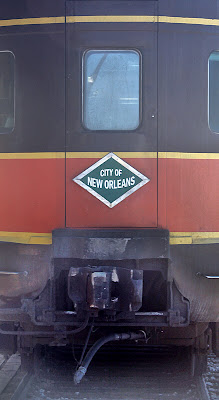 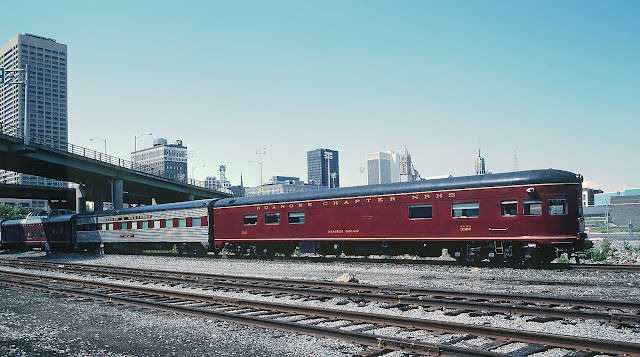 Posted by Story Behind the Pictures at 5:32 PM